To share your memory on the wall of Delbert Forsloff, sign in using one of the following options:

There may be a delay while processing. Please do not click the back button or refresh while a payment is processing.

Your donation has been processed successfully

Print
"When it's dark, he'll be there. When the sun rises, he will be there. When it's so hard to get out of bed know God's promise to always be together, our souls intertwined."--Lisa Gill, In memory of Del Forsloff

Delbert Raymond Forsloff, ... Read More
"When it's dark, he'll be there. When the sun rises, he will be there. When it's so hard to get out of bed know God's promise to always be together, our souls intertwined."--Lisa Gill, In memory of Del Forsloff

Delbert Raymond Forsloff, December 15th, 1935 - September 28th, 2020. Born in Portland Oregon he, lived nearly 40 years in Hawaii where Hawaiian friends referred to him as part of the Aina, those who watch over nature as it feeds man. While a member of the Coast Guard from 1953 to 1957, he visited Hawaii and decided to make the islands his home in 1982, where he met his wife, Carol, two years later. Theirs was a marriage of 35 years at the time of his death and described by friends as a "remarkable love story."

As an accomplished artist, Del created numerous paintings that are in collections around the world. He was part of the colony of artists in New Orleans where he honed his skills in painting jazz musicians as well as classic scenes of Louisiana. His series of paintings of the women of Louisiana was celebrated by Lafayette at a gala reception in one of its finest townhomes written as a prominent feature by the town newspaper. Other exhibitions in Portland, Seattle, Shreveport and Natchitoches, Louisiana also featured his work.

Del never stopped learning. In the last six months of his life he taught himself to play the lap steel guitar as he accompanied his wife Carol who plays the baritone ukulele. He was already known as a talented accordionist by friends, family, and several musicians. His granddaughter Rachel writes eloquently about her Papa Del's talent as an artist and musician. She observes that "He played a variety of instruments, but the one that I remember most of all is the accordion. She writes that she actually bought a mini accordion Christmas ornament to place on her tree in his memory this year. Rachel, like the rest of Del grandchildren, especially prizes the portraits and character drawings Del drew of her, as she states, "I found the picture he drew of me with my old boy band Crush from Junior High. I still have the original drawing and love all his character drawings that he did of me."

Del read widely, rounding out his journey of learning during his last months with texts and ancient and modern history, sacred books of many faiths and oral and written accounts of the ocean and its mysteries. His deep sense of the meaning of life and his place in it was summarized by his declaration with Carol the evening before he died, as if he had a sense of leaving life to a place he recognized as eternal and beautiful. "I have had a wonderful life. I've done everything I ever wanted to do and feel surrounded by love and the beauty of this place. I have wonderful children, grandchildren and friends. And I'm lucky to have you as my wife."

Del's favorite saying when the stresses of life occurred was this, " I love everybody and everybody loves me." That love for his fellow man came from his faith in God and the belief that service to others is key to living a good life. He was recognized as Man of the Year by the Boys & Girls Club of Natchitoches Louisiana and other groups for his teaching art to youth. In the 1980s he saved a young child from drowning in West Oahu and was virtually invited to move to Makaha, Hawaii from Honolulu as a result.

Indeed Del was loved and admired by everyone who knew him, and he loved them in return. He is survived by his wife, Carol Forsloff, two sons Craig Forsloff and his wife, Karen, Bryan Forsloff and wife Alexandria, five grandchildren, Sarah and spouse, Joel, Rachel, Natalie, Alec and Connor and one great-granddaughter, Jaymie. Del also adopted the Hawaiian way of embracing people who are not biological children and grandchildren, by reaching out to and including in his greater ohana those who needed his wise and wonderful ways as father, grandfather and friend.
Read Less

To send flowers to the family or plant a tree in memory of Delbert Raymond Forsloff, please visit our Heartfelt Sympathies Store.

Receive notifications about information and event scheduling for Delbert

By subscribing to updates, you will receive any notifications sent about changes to service schedules or other important information

Please add your text number or email address before submitting.

You have successfully been subscribed to notifications!

You will receive any future notification messages.

There are no events scheduled. You can still show your support by sending flowers directly to the family, or planting a memorial tree in memory of Delbert Raymond Forsloff.
Visit the Heartfelt Sympathies Store

We encourage you to share your most beloved memories of Delbert here, so that the family and other loved ones can always see it. You can upload cherished photographs, or share your favorite stories, and can even comment on those shared by others. 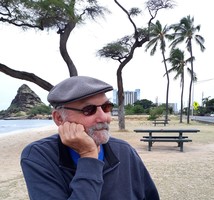 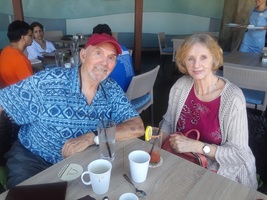 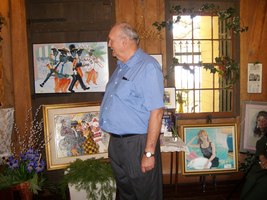 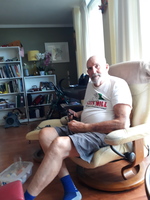