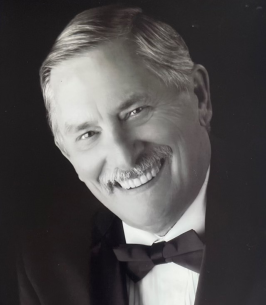 In Loving Memory of Dennis Martin Ferguson
1949-2020
Master Chief Petty Officer Dennis Martin Ferguson began 2020 with a 3-month adventure in Europe, returned home in March, and set sail for the last time at 7:05 a.m. on December 2, 2020, at Queens Medical Center Honolulu, Hawaii due to Congestive Heart Failure. He was only 71 years old.
Dennis was born to the union of Richard and Betty (Finch) Ferguson on May 16, 1949, in Pittsburg, California. He was raised as a devout Christian in Concord, California, with his two brothers. He graduated from Clayton Valley High School and enlisted into the United States Navy in June of 1967. He was received into the Catholic Church in April of 2014, serving with the Knights of Columbus. He was fortified by the Last Rights before his passing.
While stationed at Pearl Harbor and having just returned from Vietnam, Dennis’s eye was caught by a vibrant, dark-haired beauty who was on vacation in Honolulu. After a brief courtship, Ronnie Marie Hector happily agreed to be his wife, and they sealed their love at Fort Snelling Chapel in Minneapolis, Minnesota, on May 19, 1974. Of this event, Dennis’ Mother-in-Law recalls, “I remember Ronnie coming into our bedroom one night to tell us that on her trip to Hawaii, she met someone, and he seemed very important to her. We listened carefully and heard about this sailor. A California guy, and there was a story about him. Things moved along pretty fast, and soon we were meeting family and planning a wedding. That part was exciting and full of pictures and memories, and then, suddenly, it was time for Dennis to leave, and I was losing a daughter. This was for real. She packed, and we took them to the airport. I remember heading down toward the gate. Dennis was between us, and he had an arm around each of us. Tears flowing on both sides of him. And Dennis was saying to me, "I'll take care of her; I’ll take care of her."
“Just days ago, I called Ronnie, and a different voice answered. I said, "Who is this?" He laughed and said, "It is your favorite son-in-law!" I am so glad that I had a chance to say to him, "That is because you kept your promise!"
Dennis was immensely proud to have served a 20-year career in the United States Navy. He served on the USS ENTERPRISE, on the USS PREBEL, in the Communications Unit in London, England; on the USS MCINERNEY; and in the Mobil Technical Unit Treasure Island in San Francisco, CA. Among an impressive array of honors earned was the Combat Action Medal;
Navy Commendation Medal; Navy Achievement Medal – Vietnamese Cross of Gallantry w/Palm; Meritorious Unit Commendation; Vietnam Campaign Medal – Vietnam Service Medal. He crossed the equator, sailed around the southernmost point of the American continents, and traveled to many exotic countries during his lifetime. He honorably retired from the U.S. Navy as Master Chief on May 1, 1987.
But of all the gifts to the world that Dennis’s life brought, he was most proud to have been a loyal and loving husband to Ronnie and father his two children, Denise and David, who were the lights of his life and in whom he was so proud. He happily spent his days with them and with his daughter-in-law, Rafonsil Ferguson, and his Grandchildren, Sadie and Bode Dunn.
Dennis was one of the lucky few to have accomplished everything he set his mind to and to have earned his retirement in his beloved Hawaii with a beautiful ocean view of Diamond Head with breaching whales. He was a faithful friend and a gracious host to anyone who came to his home. When Dennis took something on, he was all in, fully committed, and he never quit on a goal or on a person who needed him. No one enjoyed a joke, a beer, a dance, a tour, a sunset, or a hug more than Dennis. His laughter was infectious; his jokes were usually bad, and he must have thought them worth repeating because he reveled in retelling many of them. He was smart, and he had an artist’s eye. He was an articulate writer and a romantic. He opened his home to everyone and jokingly cautioned them to not let the door hit them on the ass when they left (yes, he loved that one).
Like the sea that was his second love, he was deep and complex, often bright and inviting and sometimes stormy. You could not help but be drawn to him. This tour at sea will be too long for our hearts to endure; he leaves to stand ashore his wife, Ronnie; his beloved children, Denise and David, daughter-in-law, Rafi; his Grandchildren Sadie and Bode; brothers Gary and Steven Ferguson; brothers and sisters-in-law, Ellen Ferguson, Faith Ferguson, Susan (Richard) Woulfe, Mark (Bonnie) Hector, Liz (Michael) Stewart, Chris (Nancy) Hector. A host of nieces and nephews, cousins, and friends.
Meeting him on the Quarterdeck are his parents and his fathers-in-law. Dennis, we wish you Fare Well and Following Seas until we meet again.
The final Internment and Military Honors Ceremony on July 6, 2021, at 2 PM at Fort Snelling Memorial Cemetery in Minneapolis, Minnesota. The Celebration after the service will be at Minnehaha Falls Park.